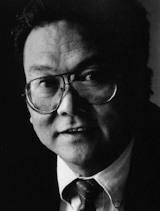 This year is quite peaceful and very wonderful all of us because Nancy has baptized as a Christian in October. Also we are able to have most of our family got together in the last Christmas Season until New Year, and our grandson Keo is able to finished his B.S. degree in Chemistry with honor in Jun.

As usual, we like to take as many trip as possible during the year. However this year we took more trips in US than took foreign trip. In January we went to Austin, Texas to attend a Taiwanese meeting and visited President Lyndon B. Johnson’s home and ranch as well as several missions in and around San Antonio in Texas. During the trip we learn a lot about the life of Native American life in 18 to 19 century in South West America. It was quite different from what I understood before. I recommend that if you have a chance to visit San Antonio, you should visit missions nearby particularly Mission San Jose there.

In April we took a 21-day trip to see South Africa with Grand Circle Tour Company and it is quite an eye opening for us to see how the Apartheid affected the life of Native African and how Nelson Mandela leadership has changed the life of his people. We also took several Safaris to see African wild animal in four national parks and visited several places with natural beautiful scenery. We also visit Zulu village, Swaziland and Cape Town/Cape of Good Hope. It was a wonderful trip and beyond our expectation. We feel that Grand Circle Travel still provide a best package for the money. The price was not expensive and it has in-depth touring itinerary for this tour. If you ever consider taking the South Africa tour, you should look into GCT, particularly if you can join the team under tour guild name John Finch who is fantastic.

In Jun we attend a one-week retreat with friends in Sedona, Arizona and visited a classmate in Phoenix. After that trip we took an Alaskan cruise from Vancouver British Columbia to Seward, Alaska. The inner passage, which has cover many beautiful fjord with many large glaciers. Comparing the sight of fjords in New Zeeland and Norway by way of seeing them through cruse ships, we found that Alaska fjord and Glacier is most beautiful and superior to other two we saw. In Seward our son Glenn met us and took us to have another one-week land tour which including Anchorage, Denali National Park, and fishing in Homer peninsula. It was wonderful to be able to take trip with Glenn and his family there. The most impress visit is to visit Native American Museum in Anchorage, in there you will learn a lot about different tribe of Eskimo and the different way they develop there living condition and culture because of the environments that they have being living for thousand of year. We strongly recommend to you to visit the museum next time you have a chance to visit Ancholage.

In October, base on Pao-Hsi’s initiation for the Elbe River Cruise, we took total of 20 days trip to Czech Republic & Eastern/Northern Germany in addition to the cruise. There were several couples from our tour group joining the pre Cruise tour of Czech Republic and post cruise of Eastern & Northern Germany towns. The pre cruise include visiting Tabor & Ceske Krumlov in Czech Republic and after the cruise we visited Northern Germany of Schwerin, Wismar, Lubeck and end at Hamburg. This trip is also quite an eye opener for us. It not only has beautiful scenery but also a lot of distinct historical and culture inherent in those towns we visited. We were particularly interested to visit historical places of Martin Luther’s Reformation of Christian church from Catholic to Protestant in Wittenberg. Most of the Catholic Church was transform into Lutheran Church and they are all quite impressive. Unfortunately, we were told that the Christian in those areas reduces to less than 20% because of communism rule in the eastern Germany. There are many other things that we saw in the trip but too many to describe in here. A few sceneries from the trip are enclosed in the attachments for you to see.

One of the most important things that I have accomplished this year is through the help of my friend, Tom Yamashita, we were able to finish and published in Computer History Museum my memoir about the experiences I had in founding and running of Komag. The book was mostly written by Tom base on my dictation and rough draft. He did a tremendous job of not only writing a perfect English but also spent a lot of time on the Internet to collect all the relevant reference materials. It is a story about the development of very low cost data storage system that allow the explosive growth of information technology such as internet search such as Google & Yahoo, social network such as Facebook & Twitter, internet entertainment such a Netflix and Cloud computing etc. If you are interesting in reading the book you can go to the Computer History Museum website at: http://www.computerhistory.org/collections/catalog/102740910 to find it.

Last but not least, we like to wish you have a wonderful Holiday & a Happy New Year !