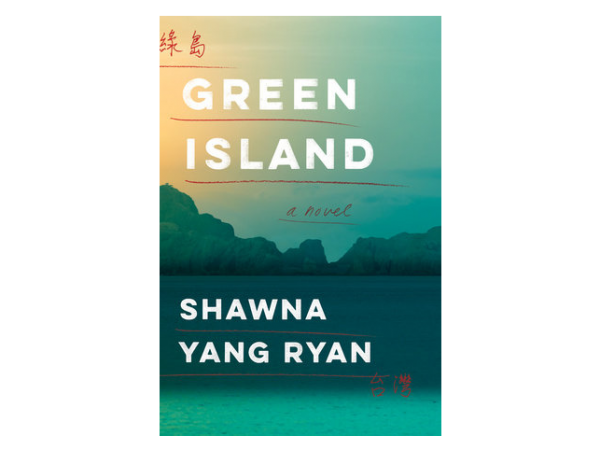 On May 6th, New Bloom editor Brian Hioe interviewed Shawna Yang Ryan through Skype. Ryan is most recently the author of Green Island, which depicts Taiwan’s White Terror and authoritarian era. Ryan currently teaches in the Creative Writing program at the University of Hawaii at Manoa.

Brian Hioe: The first question I wanted to ask was, for people who might not know you, can you briefly introduce yourself and your background?

Shawna Yang Ryan: Sure. I grew up in California to parents who had met in Taiwan. My mother is from Taiwan and my father is American but his mother is German, and he was actually born in Germany. I grew up in Northern California. I went to UC Berkeley for my undergraduate degree and then to UC Davis for my MA in Creative Writing. I also wrote a book about a Chinese community set in the Sacramento Delta. That was my first book, Water Ghosts. Now I have my second book, which is about Taiwan.

BH: Can you talk a bit about the process that led up to the writing of Green Island? There are not a lot of novels in English about Taiwan in the recent past, so what was it that led you up to the topic of Taiwanese history?

SYR: When I finished my undergraduate I had this plan to move to Taiwan for a year and live with my relatives. When I left, my writing professor told me, “You’re going to come back with a book.” And I took that literally; I thought that meant while I was there, I would write so much I would end up writing a book. That’s not what happened.

What happened, though, was that I encountered the 228 Museum at the end of my stay and George Kerr’s book, Formosa Betrayed. I was so shocked by it. Because I didn’t know anything about it. And it was 1999, so I don’t think that there was a lot of dialogue about it.

The story came out of my ignorance and surprise, and I thought, “Wow, why don’t people know about this story. People should know. If people just knew about this story, it might change a lot of their thinking about Taiwan.” I think that started my journey towards understanding Taiwan and its position—I originally went to Taiwan not really knowing anything about its history, just the most basic facts. Then I realized years later that this was what my professor meant by coming back with a novel—that I had that seed planted although it took me awhile to realize it.

BH: Would you also say it’s an exploration of identity that led you up to that, in some sense?

SYR: Yeah. I would say that. In college, I had started to think more about my mixed identity, which was something that I was always conscious of, but it was just my identity; I didn’t think much about it beyond that. Then I went to college and it’s Berkeley and the 90s, and it’s all identity politics, so I joined this mixed-race Asian student club. The Hapa Issues Forum. Having those discussions, I started to think more about my identity and more about Taiwan and that probably was what led me to go to Taiwan.

BH: I’m interested then, in the fact that you started with the 228 Massacre. You mentioned that’s how the book began, that you encountered the 228 Museum. Green Island begins with the 228 Massacre and goes up to the SARS Crisis. I think that’s very unique, because that time period is not written about a lot in English.

People tend to forget, for example, that there were American bases in Taiwan. Or that the dangwai movement was so heavily centered outside of Taiwan in America, in some cases. What was it that led you to focus in on that time period in the setting?

SYR: Well, I did want to start with the massacre because of my encounter with the museum, and also because I feel that it’s a pivot point. Based on my interviews with people—that [the massacre] is also when they started to think about their identity differently because they were just coming out of Japanese colonialism and had been indoctrinated with this idea of Japaneseness, but knew they weren’t Japanese and then, with the arrival of the KMT, thought, “Okay, the Chinese are coming, maybe we’re Chinese.” Then realizing, “No, we’re not Chinese either, so we must be Taiwanese, right?”

I feel like 228 really made that clear, so I wanted to start with that. I think a lot of it probably came out of the interviews I had, especially with the Taiwanese-Americans that I talked to of that generation, so of course the dangwai movement was something that was prominent in their experiences and what they talked about. Also, those periods just intrigued me as novelistic settings, too.

BH: That makes sense. How did you go about researching that process? You mentioned interviews just now. Interviews with Taiwanese-Americans and people that experienced 228.

BH: What would you say that the target audience of Green Island is, then? Is it for Americans, Taiwanese, or Taiwanese-Americans? For example, I noticed there was an appendix of books for further reading at the end of Green Island.

SYR: Well, I think I was trying for two audiences. One audience was the Taiwanese and Taiwanese-Americans, the generation who remembered it. I wanted the book to feel authentic to them. I wanted them to read it and feel, “Wow, how could she imagine what we experienced?”

And I have gotten some responses like that from people, which is really amazing. One woman wrote to me and she was like, “How old are you? Where did you grow up? How do you know what my life was like?” [Laughs] So that was a really great response. I wanted it to sound and feel authentic.

Then, on the other hand, I wanted to construct the story in a way where people who didn’t know anything about Taiwan could read it and say, “Whoa, I had no idea. I didn’t even know what Taiwan was. And now I know all this about Taiwan and I want to know more.” I was trying to straddle both of those sides.

BH: In that sense, then, can we also talk about how the novel relates to Asian-American literature? And diasporic experience? I mean, again, your protagonist is born in Taiwan and relocates to America. We talked a little bit about identity earlier and the differences between different target audiences. So how would you situate Green Island in terms of contemporary Asian-American literature?